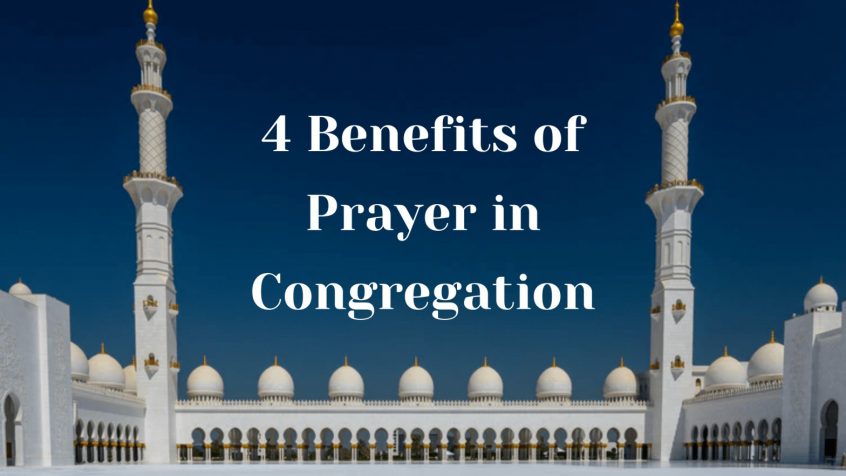 What are the secrets behind prayer in jama’ah (congregation)?

Why has the Prophet Muhammad (peace be upon him) emphasized the importance of it?

To begin it is important to disclose that we understand the current circumstances of COVID 19 preventing certain individuals from seeking the benefits of congregational prayer and to remind you that Allah is the Most Merciful.

The Prophet (peace be upon him) said: “If a person falls sick or travels, there will be decreed for him a reward like that for what he used to do when he was healthy or not traveling.”

Now you might be wondering, is there even a difference between individual prayer and prayer in congregation at the masjid? Let us discover the power between the two with four simple points from the Quran and Sunnah.

Several authentic Hadith have proven the superiority of prayer in congregation vs individual prayer.

The Prophet Muhammed (peace be upon him) said: 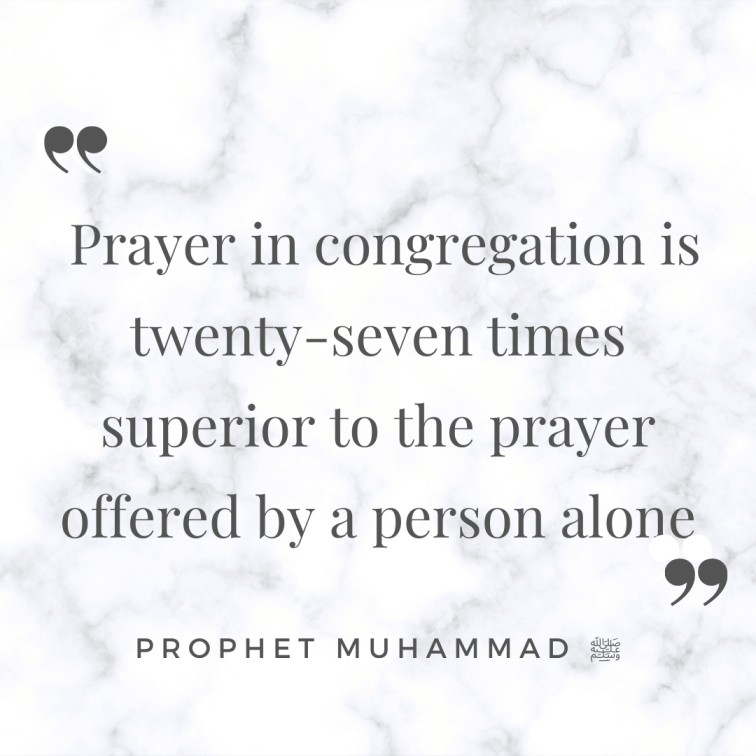 This indicates that whoever seeks and performs the congregational prayer their reward for that prayer is multiplied.

Not only does praying in the congregation multiply your reward it instantly protects you from the evils of Shaytaan.

Abu Darda’ (may Allah be pleased with him) reported: I heard the Messenger of Allah (peace be upon him) saying: 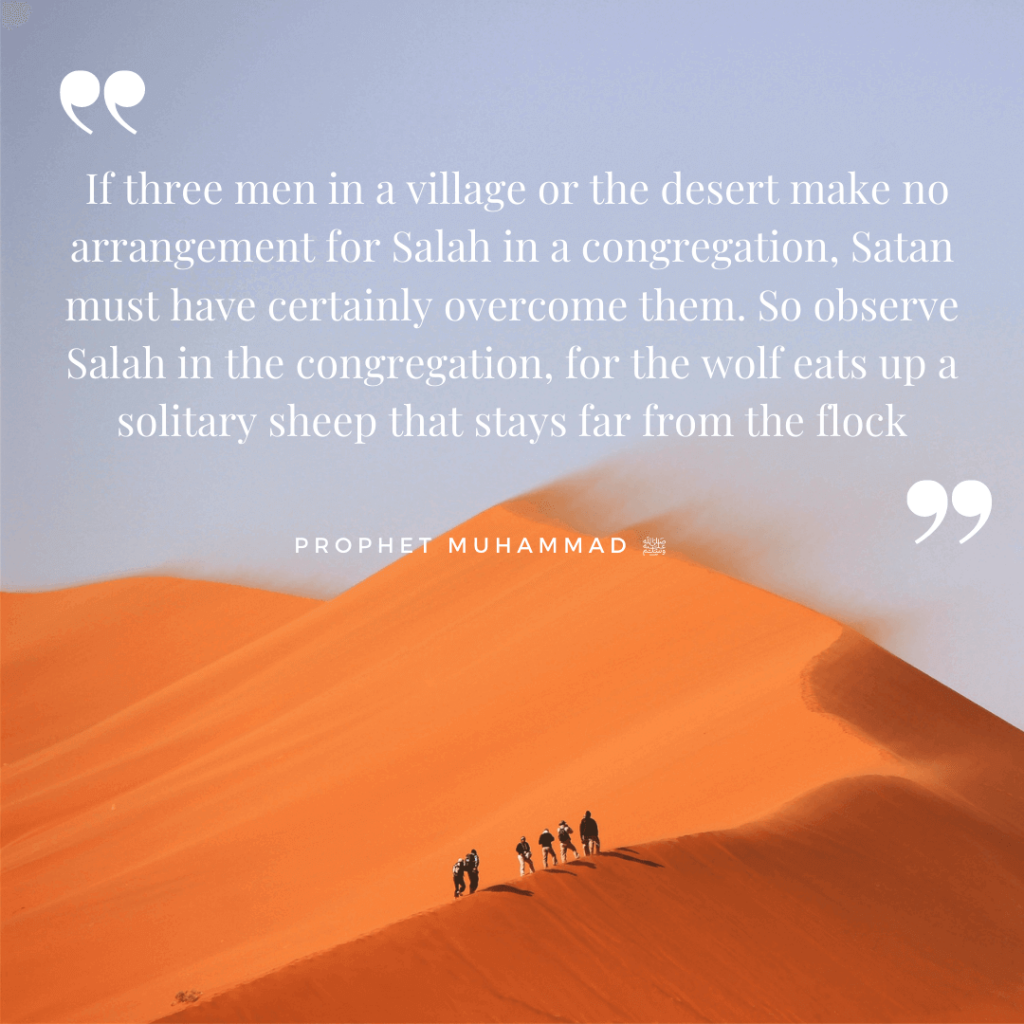 This Hadith stresses the importance of prayer in the congregation and that strength is in numbers in the battle against Shaytaan. One who remains detached from the congregation is like the sheep which separated from its herd and became a target for the wolf.

Another amazing benefit of seeking congregational prayer is it helps you with knowing where you stand with hypocrisy.

The Messenger of Allah (peace be upon him) said: 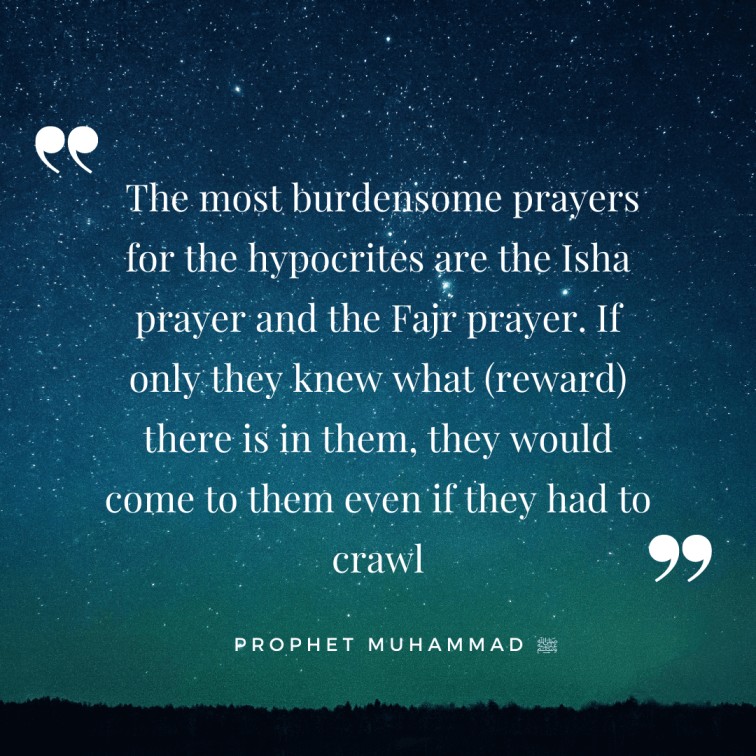 So as we are eager to avoid hypocrisy we should be determined to seize every prayer in the congregation with an emphasis on the Isha and Fajr prayers.

Socializing in the mosque is also associated with increased self-esteem within youth. This is yet another reason for yourself and me to pray as much as we can at the masjid.

Argued to being Compulsory

Several scholars argue that praying at the masjid in the congregation is compulsory. The evidence brought forth is strong and comes to show the importance of praying in congregation. Let us look at this hadith that illustrates why we should attend our prayer at the masjid.

Ibn Umm Maktum asked the Prophet (SAW): Messenger of Allah, I am a blind man, my house is far away (from the mosque), and I have a guide who does not follow me. Is it possible that permission is granted to me for performing prayer in my house? The Prophet (PBUH) asked: Do you hear summons (adhan)? He said: Yes. The Prophet (PBUH) said: I do not find any permission for you.

Here we see that the Prophet peace be upon him did not permit the blind man from missing the congregational prayer. So how liable does that make us healthy, well-abled people?

Not only was the blind man not exempt from praying at the masjid, but it was also mentioned in the Qur’an that congregational prayer was compulsory during the time of war and fear. 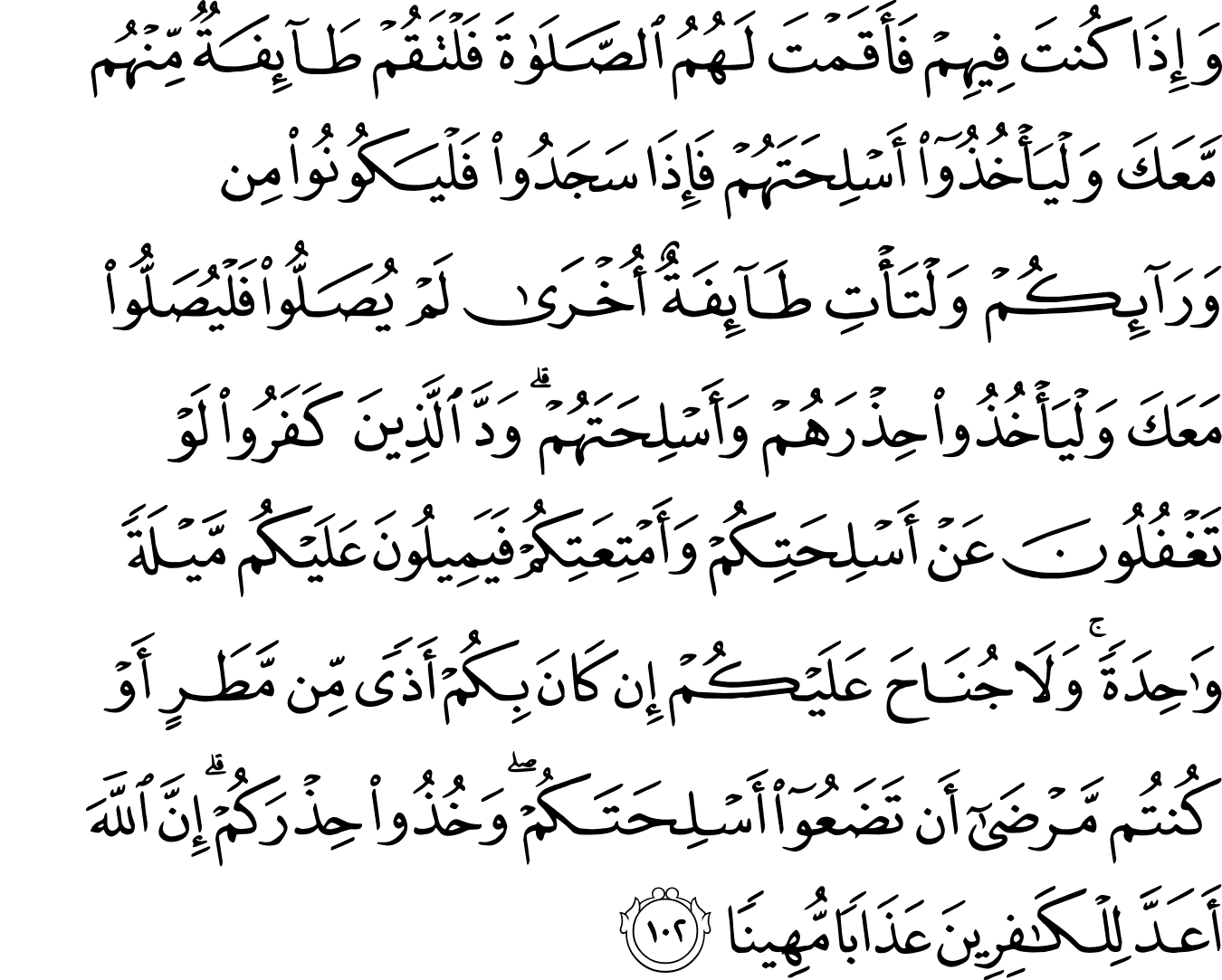 “When you (O Messenger Muhammad) are among them and lead them in the prayer, let one party of them stand up (in prayer) with you taking their arms with them; when they finish their prostrations, let them take their positions in the rear and let the other party come up which have not yet prayed, and let them pray with you”

This shows us that even during the time of war we are not exonerated from missing a prayer in congregation and that it is obligatory for every male individual.

In this post, we covered the importance and benefits of prayer in congregation. We learned that the reward for your prayer is multiplied, it protects you from Shaytaan and hypocrisy, and that it has a positive effect on mental health and well being.

Not only does attending our prayers at the masjid increase our deeds and strengthen our faith but it builds our community and broadens our network with like-minded individuals. So together we should aim to make it a habit to pray in congregation in the house of Allah.

2 Comments on “4 Benefits of Prayer in Congregation”

This website uses cookies to improve your experience while you navigate through the website. Out of these, the cookies that are categorized as necessary are stored on your browser as they are essential for the working of basic functionalities of the website. We also use third-party cookies that help us analyze and understand how you use this website. These cookies will be stored in your browser only with your consent. You also have the option to opt-out of these cookies. But opting out of some of these cookies may affect your browsing experience.
Necessary Always Enabled
Necessary cookies are absolutely essential for the website to function properly. These cookies ensure basic functionalities and security features of the website, anonymously.
Functional
Functional cookies help to perform certain functionalities like sharing the content of the website on social media platforms, collect feedbacks, and other third-party features.
Performance
Performance cookies are used to understand and analyze the key performance indexes of the website which helps in delivering a better user experience for the visitors.
Analytics
Analytical cookies are used to understand how visitors interact with the website. These cookies help provide information on metrics the number of visitors, bounce rate, traffic source, etc.
Advertisement
Advertisement cookies are used to provide visitors with relevant ads and marketing campaigns. These cookies track visitors across websites and collect information to provide customized ads.
Others
Other uncategorized cookies are those that are being analyzed and have not been classified into a category as yet.
SAVE & ACCEPT
Pin
WhatsApp
Share
Email
Tweet