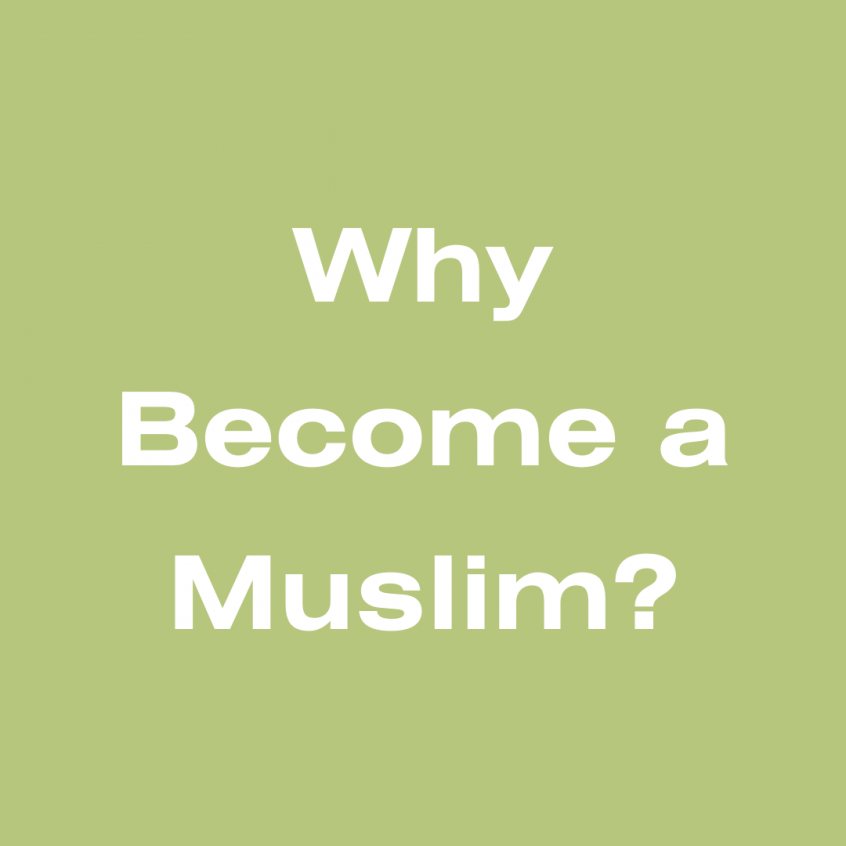 A religion or a spiritual experience is an essential part of the life of human beings. Some people may debate that statement, but we know that in everyone’s life there is a yearning to connect to their Creator. As children, we ask the most basic questions. How did we come here? Who is God? Where is God? Where do people go when they die? What happens to them? Why are we on this Earth? Why do we get sick?

These questions and many more come to our minds at different times in our lives. So as adults, we start to wonder about these questions too. We experience different things in our lives: the birth of our children, the deaths of our loved ones, dealing with stress, depression, the good and evil in the world… and many other experiences that shape the way we think of religion and God.

We start seeking religion as we seek a connection with a higher purpose in life. Many people claim to be a part of one religion or at least feel spiritual in one way or another.

We find many conflicting answers to our basic childhood questions, the most important question to answer as adults is “Where is the truth?” “Which religion holds the truth?”

Today, Islam is the fastest-growing religion on earth. People are accepting Islam to be their faith and connection to God (The Creator) willingly, and with excitement & relief. Here are some stats that are being reported in different parts of the world about the growth of Islam:

​The more people understand Islam, the more they are drawn to it and accept it. It touches their lives in a personal way with a deep appreciation of solutions found in Islam for every human problem.

The best way to understand their motives is to ask them directly, I will list below some of their answers to one question:

Why did you choose Islam?

Here are some answers you can appreciate:​

Inner Peace
When I read the Qur’an, I really felt that this is a belief that I should have. I can’t really explain it, only one who has reverted would understand, because it’s a feeling, an inner peace – Canadian Sister

Oneness of God
It is pure monotheism. It has a clear moral system. No scripture expresses the message of the Oneness of God as clearly as The Qur’an – Yahya

Science
I am convinced that the Qur’an is the Word of God. Things mentioned in the Qur’an were discovered by scientists in the last 100 years. The only one who could have known those things 1400 years ago was God. – Khadija Evans

Liberating
Because you cover yourself up, you’re not seen as a sex symbol, and because people can’t judge you on your appearance, they have to judge you as a Human Being. That’s quite liberating. You don’t need anything else once you’ve found Islam. –Bahiya Malik (Lucy Norris)

Reason
Having a mind that accepts ideas on their factual merit makes believing in a religion difficult because most religious require acceptance by faith. Islam appeals to man’s reasoning. – Dr. Jeffery Lang

Liberated
When I became a servant of Allah, I became liberated from all other forms of servitude. Others may think they are liberated but they are addicted to hoarding wealth, unlawful sex and intoxicants. – Yahya Donald W. Flood

Nothing irrational
The logical and fascination style of The Qur’an penetrated deep into my soul. In Islam there is no irrational or unbelievable tenet or anything contradictory to modern science. – Dr. Hamid Marcus

Life Itself
To some people religion is a private concern like an amateur hobby. But when I read The Holy Qur’an, I knew that Islam is no hobby but life itself! – Maryam Jameelah (Margaret Peggy Marcus)

True equality
I realized that Islam gives True equality not only to men and women, but to all races and classes, and individuals are differentiated only their level of piety – Karima Slack Razi

After Research
I came into Islam after more than 30 years of research and life experience. Attaining peace through submission to Allah impressed me the most. Whenever I feel troubled my mind goes to the soothing words of the Qur’an. – Suleyman Ahmad

Embryology
When I read the Qur’an, I cried in joy of finding the truth. I was graduating in microbiology at that time. The description of the embryological process in the Qur’an [unknown at that time] impressed me. Once I was sure The Qur’an is truly from God, I accepted Islam. – Erin Saumaya Fannoun

Complete system
The teachings in Islam resembled the values I had been taught: belief in God, respect for others, truthfulness, courtesy, charity and honour. In Islam these are integrated into a complete system that is easy to understand. – Greg Noakes

Found the missing pieces
I came to know that Muslims believed in all the previous prophets, the miraculous birth of Jesus (pbuh), that there is no need for a mediator, that Jesus(pbuh) is a prophet and that there was another Prophet Muhammed(pbuh). I found that I had discovered all the missing pieces that I had been searching for. – Aminah Vanderdrift

Very definite
Islam is very practical, providing guidance on every aspect, including prayers, diet, cleanliness, manners and respect for parents. Right and wrong are definite in Islam. Limits are set, I was never able to find this [in my previous religion]. I thank God daily for the gift of Islam. – Zahrah Riddle

Meaningful
I found myself agreeing with what I was reading in The Qur’an rather than arguing against it. By the time I had finished reading it I was convinced that I had found something important and meaningful. – Bushra Finch

Worship the Creator
In Islam we worship The Creator. Others worship stones, or men as incarnations of God. You should worship the One that created everything. Reading The Qur’an will cut down your journey in search of the truth about life. – Abd-ul Waahid Paterson

Found my way
At the moment of my conversion, no angels sang hymns and no beam of light hit me, but I was filled with an enormous sense of peace and hope. I finally found my way. – Nuh Brecheen

Appeals to the truth-seeker
Islam is rational, natural and appeals to the truth seeker. The belief in one God frees us from superstition. It naturally leads to equality, for all have been created by the same God and are the servants of the same Lord. – Muhammed Aman Hobohm

Living Principle
The Qur’an touched me in a way that nothing else ever had. When I read the Yusuf Ali translation, I just cried. Islam has grown into a living principle in my life. I am a better Muslim this year than I was last year. – Joanne Richards

No Free Ride
There’s no free ride in Islam. Everyone is responsible for his actions. Islam has the answer to racism, feminism, abortion, high murder rates and drug selling. It shows human beings how to live their lives right. – Shaheed (Damian Williams)

Jesus in Islam
In Islam I found the real Jesus. As a leader of believers, and a Prophet to love as an example. It was Islam that made me love him. – Abdul Azim (Greogor Shepard)

In the Qur’an, there is no hocus-pocus, no spookism, no mysticism, just plain, simple understanding ‘Truth’. When I heard the call for prayer, I felt a closeness to God that penetrated my heart and soul. – Abdussalam Sipes (Clinton Sipes) Full Story of Clinton Sipes (Abdussalam Sipes)

Muslims are the hardest people to convert to another faith because there is nothing to offer them! In Islam, there is a relationship with Allah, forgiveness of sins, salvation and promise of Eternal Life. – Khadijah ‘Sue’ Watson

Celebrities who converted to Islam

American Pastor to a Muslim Preacher

How I came to Islam – Dr. Laurence Brown

We hope that these words from people accepting Islam from all walks of life can be an inspiration for you. It will help you to be honest, think of your wellbeing in this world, and also in the Hereafter.

Please take the time to read, research, and make your choice.

May Allah guide you to the right path. Thank you for reading!