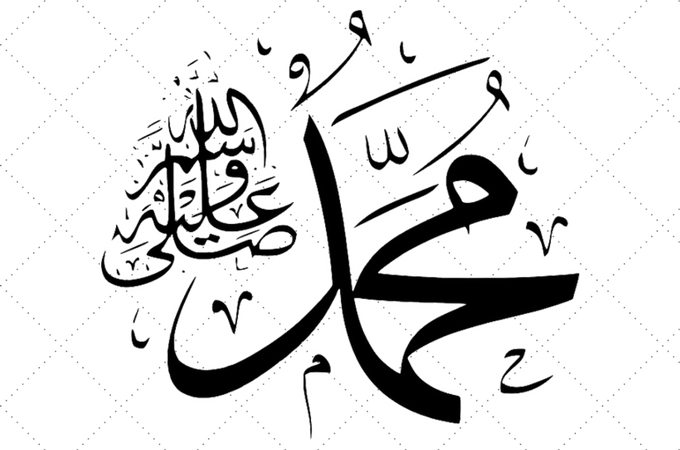 Muhammad (Peace be upon him) was born in Makkah (Mecca) in present-day Saudi Arabia, approximately in the year 570 AD. Mohamed was an orphan; his father had died before he was born, and his mother died when he was 6 years old. He was taken care of by his paternal grandfather, and then later raised by his paternal uncle Abu Talib.

His uncle was a chief and a well-respected leader in his tribe Quraysh. Mohamed was raised illiterate, unable to read or write, and remained so till his death. Quraysh was an Arab tribe and they were ignorant of science and most of them were largely illiterate. As Mohamed grew up, he became known to the people of Makkah, to be truthful, honest, trustworthy, generous, and sincere. He was so trustworthy that they called him the Trustworthy one. Muhammad (peace be upon him) was very religious, and he had long detested the decadence and idolatry of his society.

At the age of forty, in the year of 610 Muhammad  (peace be upon him) while meditating alone in the mount Hira near Makkah, he received his first revelation from God through the Angel Gabriel.  He was to be the last prophet of God to mankind.

Every Prophet was sent exclusively to his own people, but Allah (God) sent His Messenger Muhammad (peace and blessings be him) to all of mankind as Allah as a final messenger

Allah said in the Quran

Allah sent the Qur’an to His Messenger, to guide people and bring them forth from the darkness ignorance to light by the will of their Lord.

The revelation continued for twenty-three years on different occasions, and they are collectively known as the Qur’an, the book which contains the purely exact (ie. verbatim) word of God.

As soon as he began to recite the Qur’an and to preach the truth which God had revealed to him, he and his small group of followers suffered persecution from the unbelievers in Makkah. The persecution grew so fierce that in the year 622, God gave them the command to emigrate. This emigration was from Makkah to the city of Madinah, some 260 miles to the north of Mecca, marking the beginning of the Muslim calendar.

After several years, Muhammad and his followers were able to return to Makkah, where they forgave their enemies.

Before Muhammad died, at the age of sixty-three, the greater part of the Arabian Peninsula had become Muslim, and within a century of his death, Islam had spread to Spain in the West and as far East as China.  Among the reasons for the rapid and peaceful spread of Islam was the truth and clarity of its message.  Islam calls for faith in only one God, Who is the only one worthy of worship.

The Prophet Muhammad was a perfect example of an honest, just, merciful, compassionate, truthful, and brave human being.  Though he was a man, he was far removed from all evil characteristics and strove solely for the sake of God and His reward in the Hereafter. Moreover, in all his actions and dealings, he was ever mindful and fearful of God

Here is an audiobook of Mohammed (peace and blessings of Allah be upon him) read by Yuusuf Islam.

Examples of what others have said about Muhammad: