The 6 Pillars of Faith 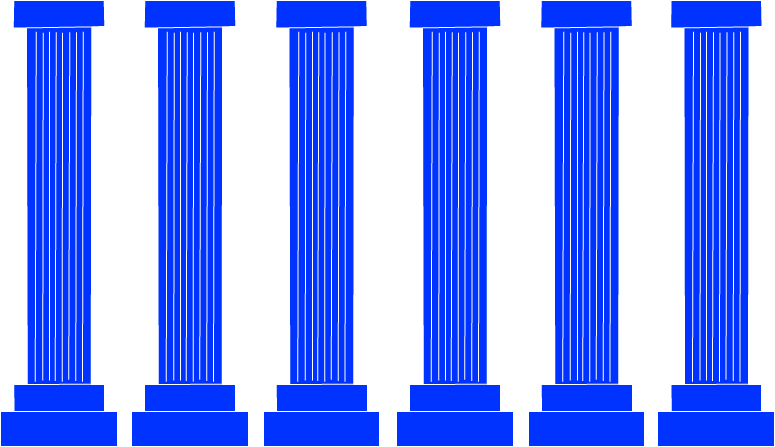 What are the 6 Pillars?

Faith in Islam stands on six pillars and this was taught to the Muslims in a famous narration of the Prophet (peace be upon him). He said:

Faith means to believe in Allah, His angels, His Books, His Messengers, the Last Day, and the Divine Decree, both good and bad.Prophet Muhammad (peace be upon him) 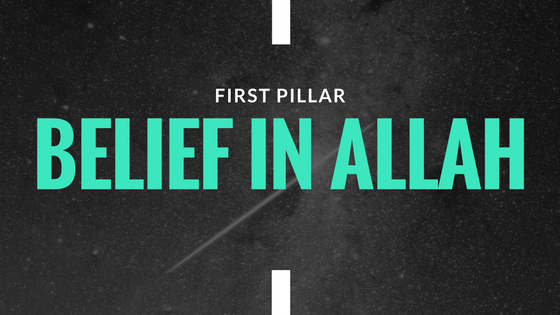 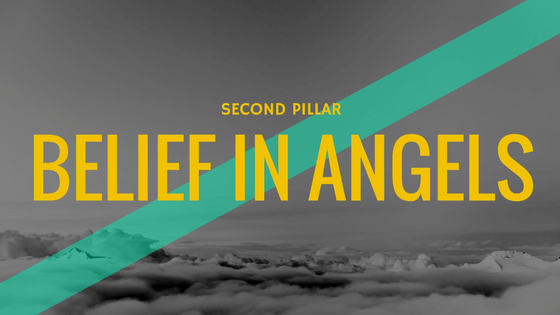 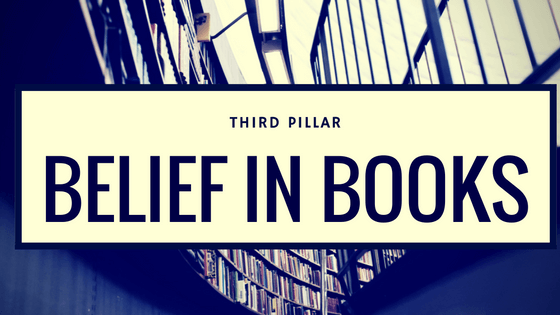 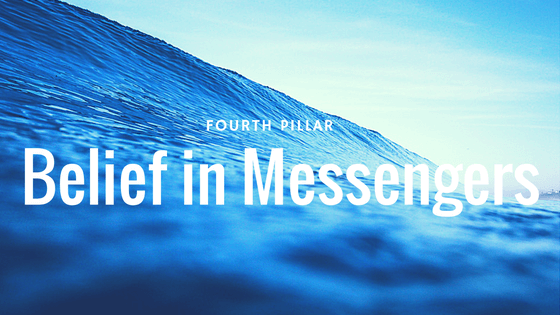 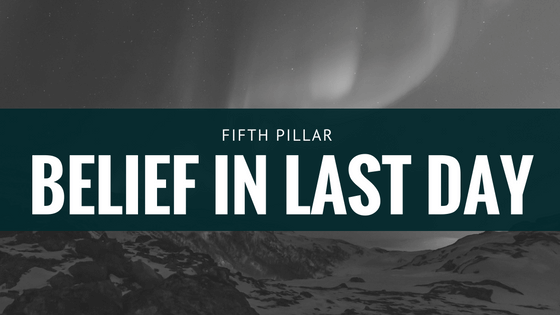 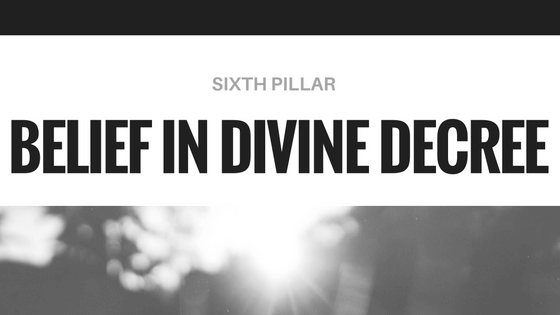 
The scholars of Islam have written extensively about this topic as it is the most important thing for a Muslim to know. Belief in Allah is the foundation for which a Muslim’s faith is built upon.

It is to believe that Allah is the only Creator, Sustainer, King, and Planner of everything in existence.

O mankind! Remember the Grace of Allah upon you! Is there any creator other than Allah who provides for you from the sky (rain) and the earth? None has the right to be worshipped but He. How then are you turning away (from Him)?
Qur'an Chapter 35, Verse 3

Muslims believe that all of mankind was created to dedicate worship for Allah alone. Muslims believe everything else that is worshiped other than Him is falsely worshiped.

Set not up with Allah any other god, (O man)!, or you will sit down reproved, forsaken. Qur'an Chapter 17, Verse 22

This means to believe in Allah and in His Attributes in the way that is taught within the Qur’an and the Sunnah (teachings of Prophet Muhammad). A Muslim believes that Allah possesses Names and Attributes that only belong to Him. There is nothing in existence that is similar to Him.

There is nothing like unto Him, and He is the All-Hearer, the All-Seer.Qur’an Chapter 42, Verse 11

2. Belief in the Angels

Angels are from the world of the unseen.  They were created to obey the commands of Allah and they never transgress His laws or commands. Here is the description of the Angels with verses from the Qur’an:

Who disobey not, (from executing) the commands they receive from Allah, but do that which they are commanded.Qur’an - Chapter 66, Verse 6

They speak not until He has spoken, and they act on His commandQur’an - Chapter 21, Verses 27

It is upon the Muslim to believe that the angels exist, that they are the creation of Allah, and that some of them have been given names. Some of these names are Jibreel (Gabriel), Mikail, Israfeel, and Malik.

Muslims also believe in the attributes of the angels that have been described within the Qur’an and the teachings of Prophet Muhammad (peace be upon him). For example, it is taught that the Angels were created from light and that the angel Jibreel (Gabriel) has six hundred wings.

The angels have been appointed to perform certain tasks. Here are some examples:

It is very important for Muslims to believe that every human being has two angels with him who records all of their deeds in a book, regardless of whether they are good deeds or sins.

(Remember) that the two receivers (recording angels) receive (each human being), one sitting on the right and one on the left (to note his or her actions). Not a word does he (or she) utter but there is a watcher by him ready (to record it).Qur'an - Chapter 50, Verses 17 - 18

3. Belief in the Revealed Scriptures

In Islam it is a part of faith to believe all the books that were revealed to the messengers. There have been many scriptures revealed throughout the history of mankind. Allah tells us about a few of the names of the scriptures in the Qur’an.

It is He Who has sent down the Book (the Qur’an) to you (Muhammad) with truth, confirming what came before it. And He sent down the Torah and the GospelQur'an Chapter 3, Verse 3

Allah says says in another verse:

…and to David We gave the Psalms (Zaboor)Qur'an Chapter 17, Verse 55 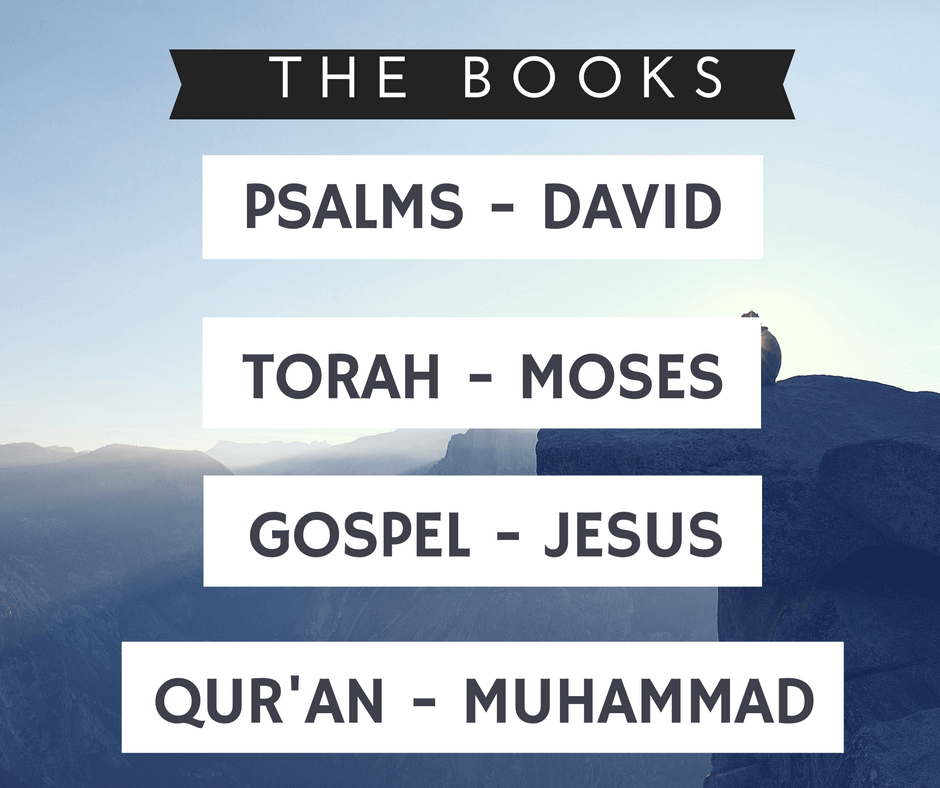 It is obligatory for Muslims to believe in all the Books which Allah has revealed and in all the Prophets and Messengers whom Allah has sent.

O you who believe! Believe in Allah, and His Messenger (Muhammad), and the Book (the Qur’an) which He has sent down to His Messenger, and the Scripture which He sent down to those before (him); and whosoever disbelieves in Allah, His Angels, His Books, His Messengers, and the Last Day, then indeed he has strayed far away Qur'an - Chapter 4, Verse 136

It is not given to any human being that Allah should speak to him unless (it be) by Revelation, or from behind a veil, or (that) He sends a Messenger to reveal what He wills by His permission. Verily, He is Most High, Most Wise. Qur'an - Chapter 42, Verse 51

It is important to understand that one of the reasons Allah revealed the Qur’an to mankind was to confirm the books of revelation that came before it.

And We have sent down to you (O Muhammad) the Book (this Qur’an) in truth, confirming the Scripture that came before it and watcher over it (determining what is true therein). So judge between them by what Allah has revealed, and follow not their vain desires, diverging away from the truth that has come to you. To each among you, We have prescribed a law and a clear way. If Allah willed, He would have made you one nation, but that (He) may test you in what He has given you; so strive as in a race in good deeds. The return of you (all) is to Allah; then He will inform you about that in which you used to differ.Qur'an - Chapter 5, Verse 48

4. Belief in the Messengers

Prophets and messengers were chosen by Allah, and were sent to every nation throughout the history of mankind.

And verily, We have sent into every nation a Messenger (proclaiming): ‘Worship Allah (Alone), and avoid (or keep away from) all false deities. Then of them were some whom Allah guided and of them were some upon whom the straying was justified. So travel through the land and see what was the end of those who denied.Qur'an Chapter 16, Verse 36

Some of the prophets and messengers have been given a higher status than the others. Five messengers in particular were given the special title of the Messengers of Strong Will. 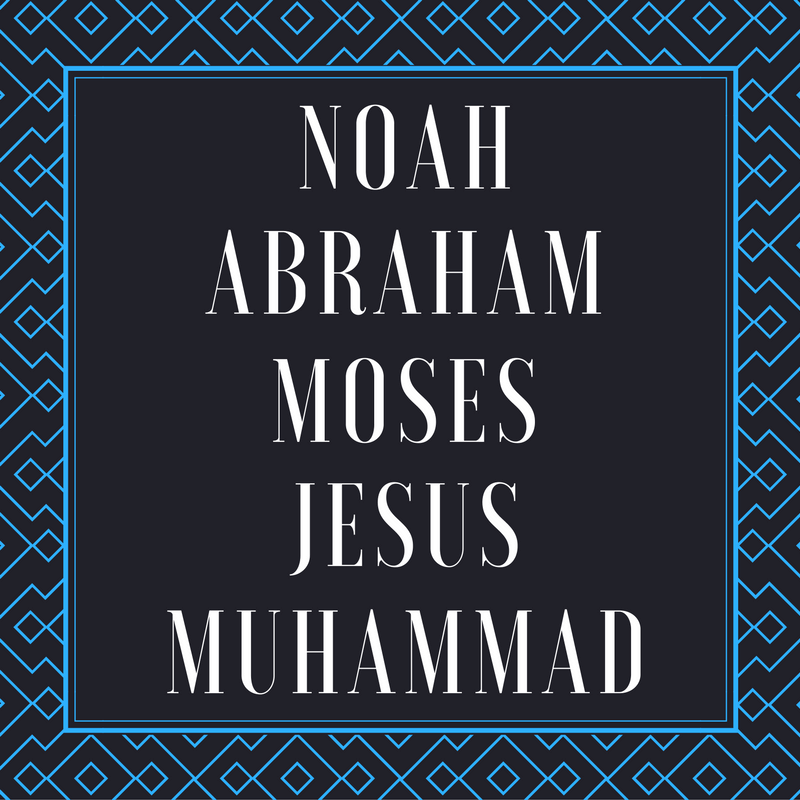 Allah chose the prophets and messengers as the best of examples to their nations. Allah bestowed upon them knowledge, understanding, guidance, miracles, protection from falling into sin, and honour.

They are those whom Allah had guided. So follow their guidance.Qur'an - Chapter 6, Verse 90

As for Muhammad (peace be upon him) he was given more blessings than the prophets and messengers who came before him. The biggest blessing was to be given the final scripture (Qur’an) and be the last messenger sent to mankind.

5. Belief in the Last Day

The Day of Judgment is the day when Allah judges mankind for their deeds. Every human being will be resurrected from their graves and will be given their book of deeds – both good and bad. They will regret the sins they committed as well as the good deeds they had missed.

(Then) a person will know what he has sent forward and (what he has) left behind (of good or bad deeds).Qur'an - Chapter 82, Verse 5

Believing in the Last Day includes the belief of the punishment and bliss of the grave, belief in the resurrection, belief in the judgment of the scales which will balance your deeds, and belief in Paradise and Hell.

The concept of resurrection may seem far-fetched to some. The Qur’an addresses this issue in many of its verses. Here is one of these passages: 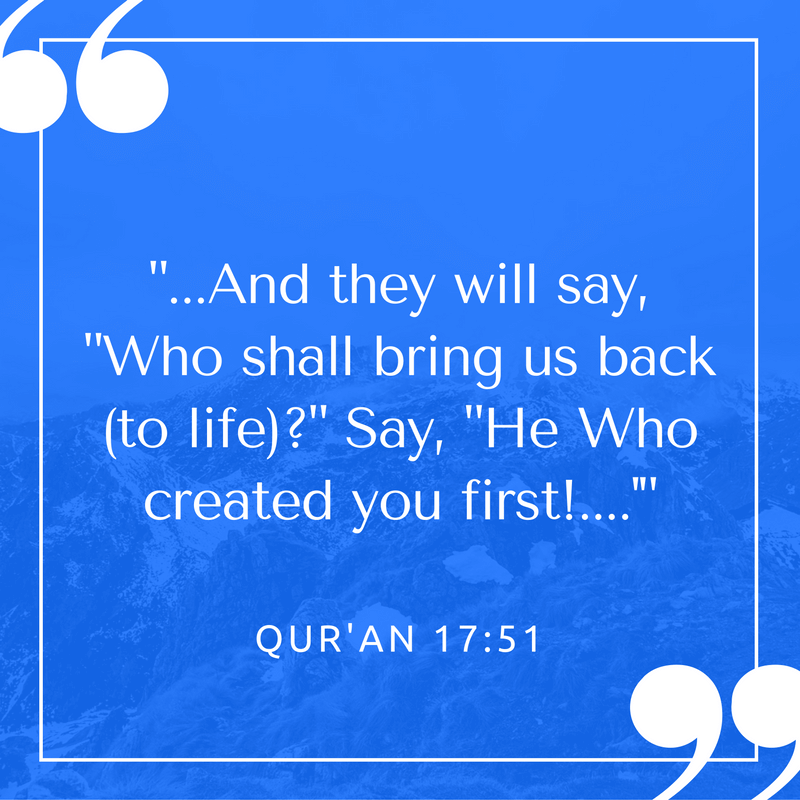 Al-Qadar is what Allah decrees for every single creation based on what has preceded in terms of His Knowledge and in accordance with His Wisdom. Belief in this pillar is to believe that everything that happens, good or bad, happens only according to Allah’s divine decree.

Zaid ibn Thabit, a Companion of the Prophet (peace be upon him), once said:

‘I heard the Messenger of Allah (peace be upon him) say: “If Allah were to punish the inhabitants of His heavens and of His earth, he would do so and He would not be unjust towards them. And if He were to have mercy on them, His mercy would be better for them than their own deeds. If you had the equivalent of Mount Uhud (a mountain near Madinah) which you spent in the cause of Allah, that would not be accepted from you until you believed in the Divine Decree and you know that whatever has befallen you, could not have passed you by; and whatever has passed you by, could not have befallen you; and that if you were to die believing anything other than this, you would enter Hell.”

Whatever of good reaches you, is from Allah, but whatever of evil befalls you, is from yourself. And We have sent you [O Muhammad], to the people as a messenger, and sufficient is Allah as Witness.
Qur'an - Chapter 4, Verse 79